R is a powerful computer programming language designed to facilitate statistical analyses of large data sets and visually represent them. With a different approach, the same functions can also create art. Here, I have implemented the power of algorithms to automatically generate data frames composed thousands to millions of data points and then plot them in two-dimensional space. However, due to sheer size of the data frames and the nature of the algorithm, I (and no one else for that matter) can conceive how the images will look like after being visualized. Despite having no predictability, I appreciate the results of the algorithm that span noise and poetry. 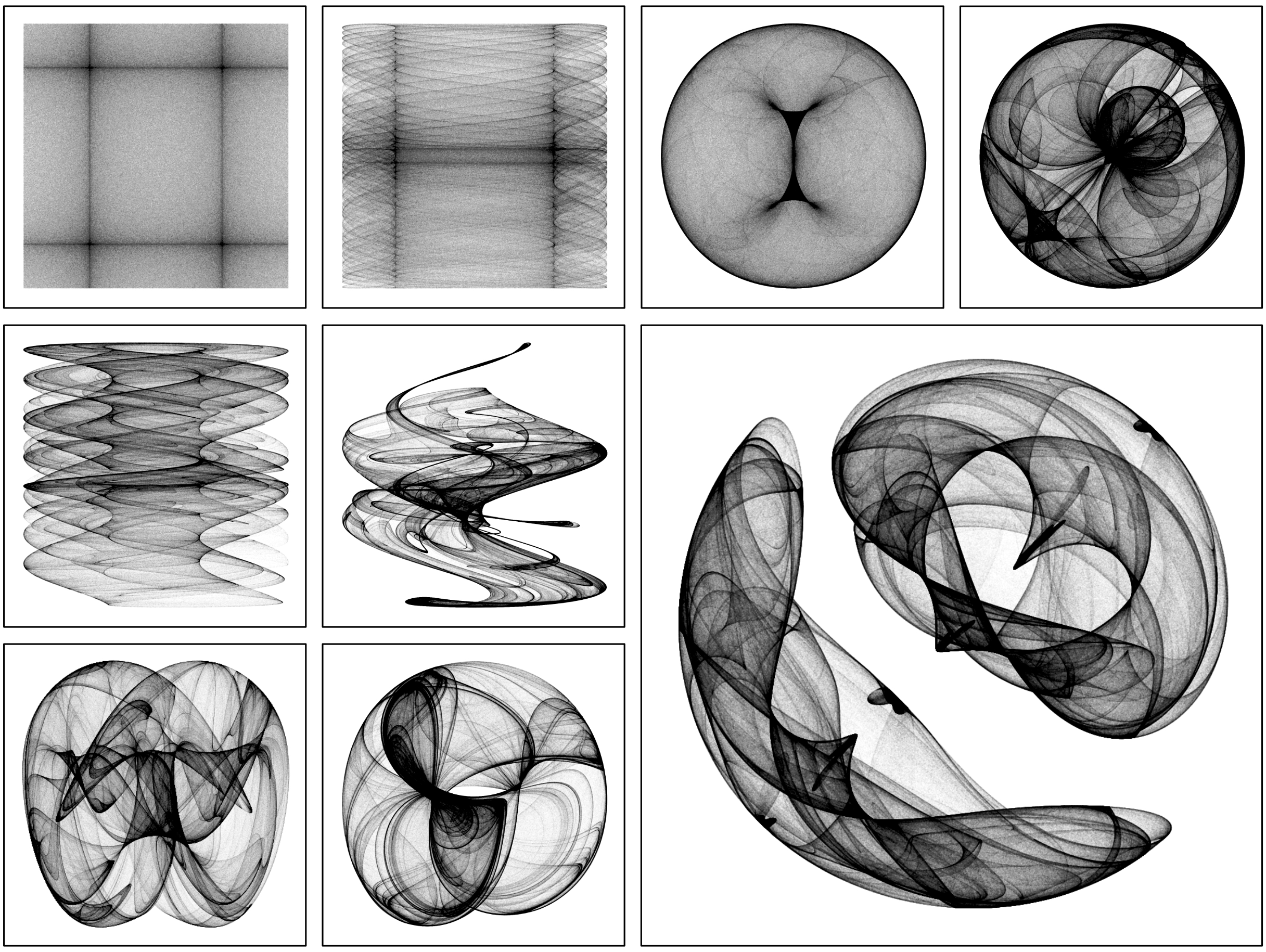 I wrote another algorithm in the R computer programming language that creates abstract art with clustering of randomly distributed data. Hundreds of these images were automatically generated within seconds on my laptop computer. Here are a handful of images that I have stitched together. These provide provides with a sense of the power of exploring the interface between the arts and sciences. More broadly, this work is part of a deeper exploration of how far an artist can be removed from they art they create. Herein, the essential use of random number generators gives me no control over the final product. My only choice is selecting among the hundreds of images the algorithm generates. 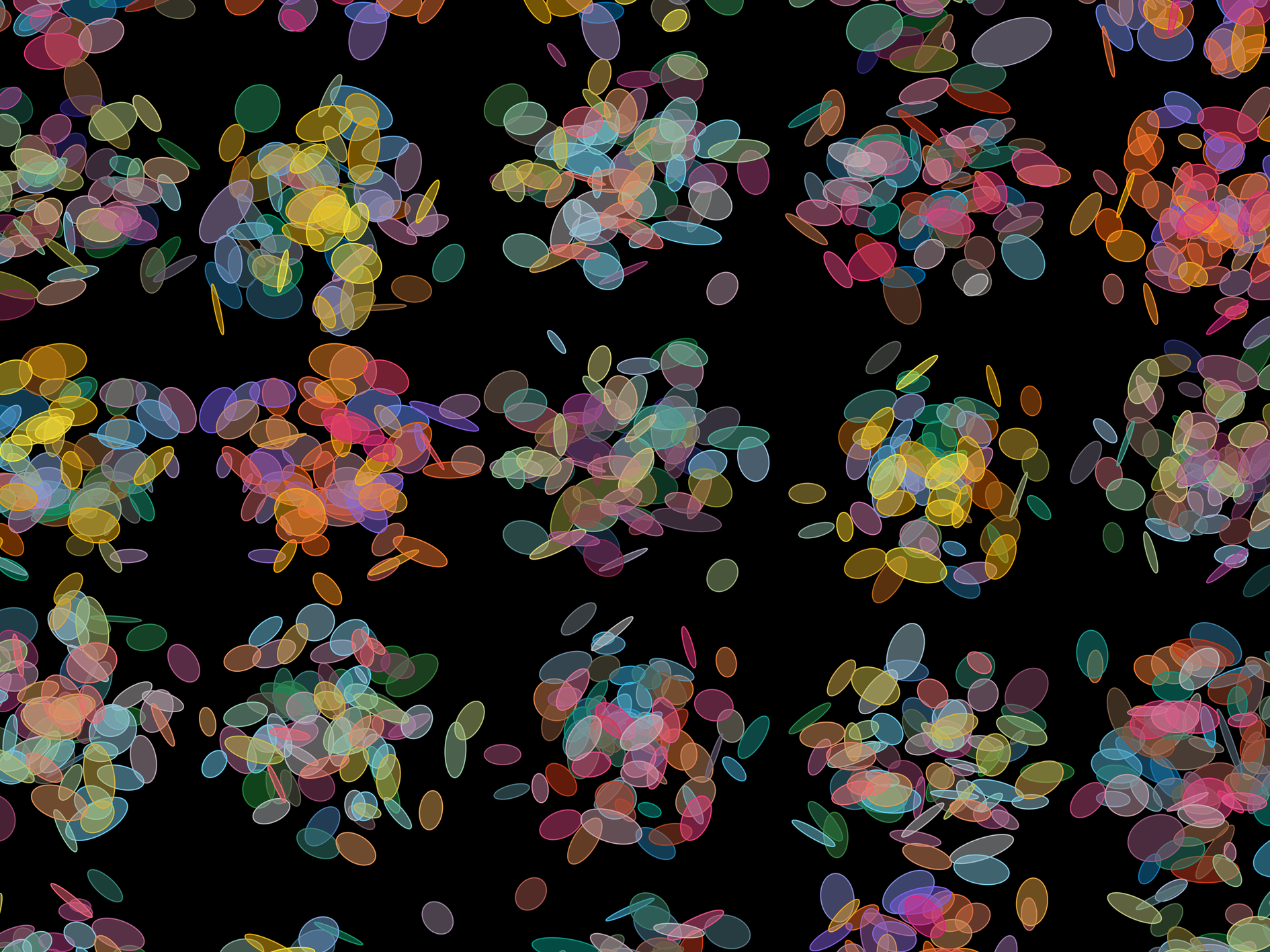 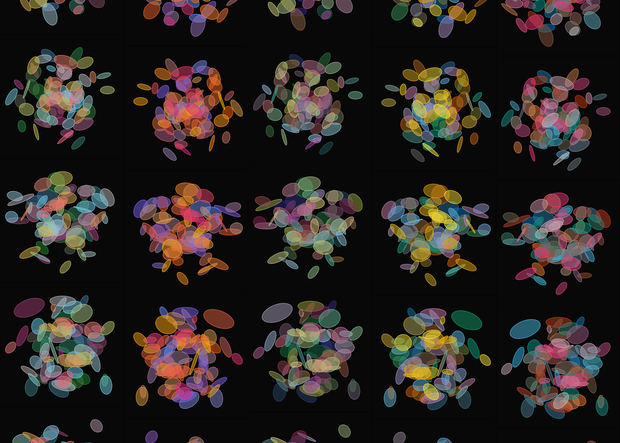 The Illusion of reality

In an unprecedented era of false facts, misinformation, and conspiracy theories, teasing apart reality from click-bait is an everyday task. To explore this further, I have taken some familiar images from the internet and stochastically removed lines of code that produce the image thus distorting them. In this way, familiar images become distinct from their origin in a style reminescent of cubism. 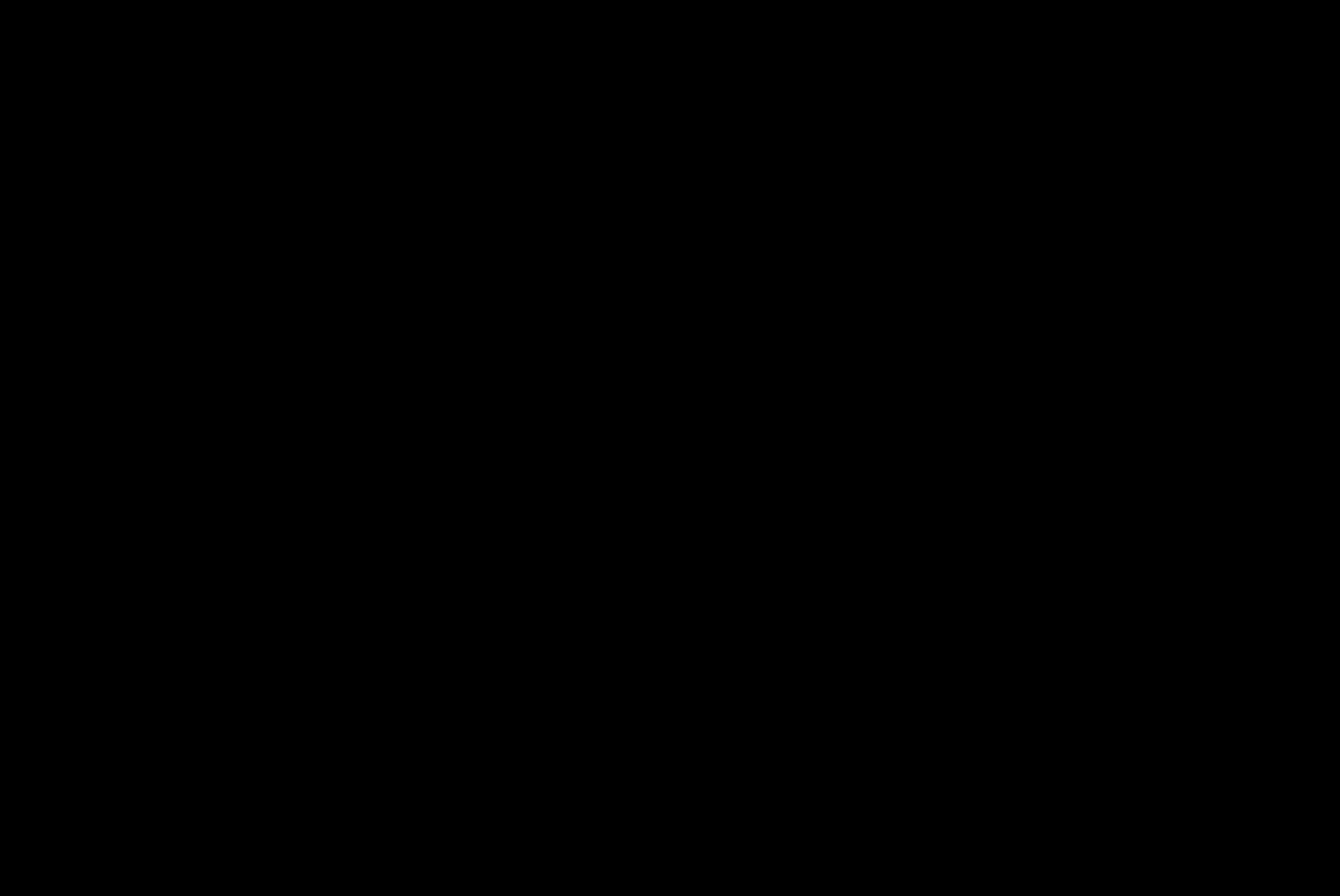 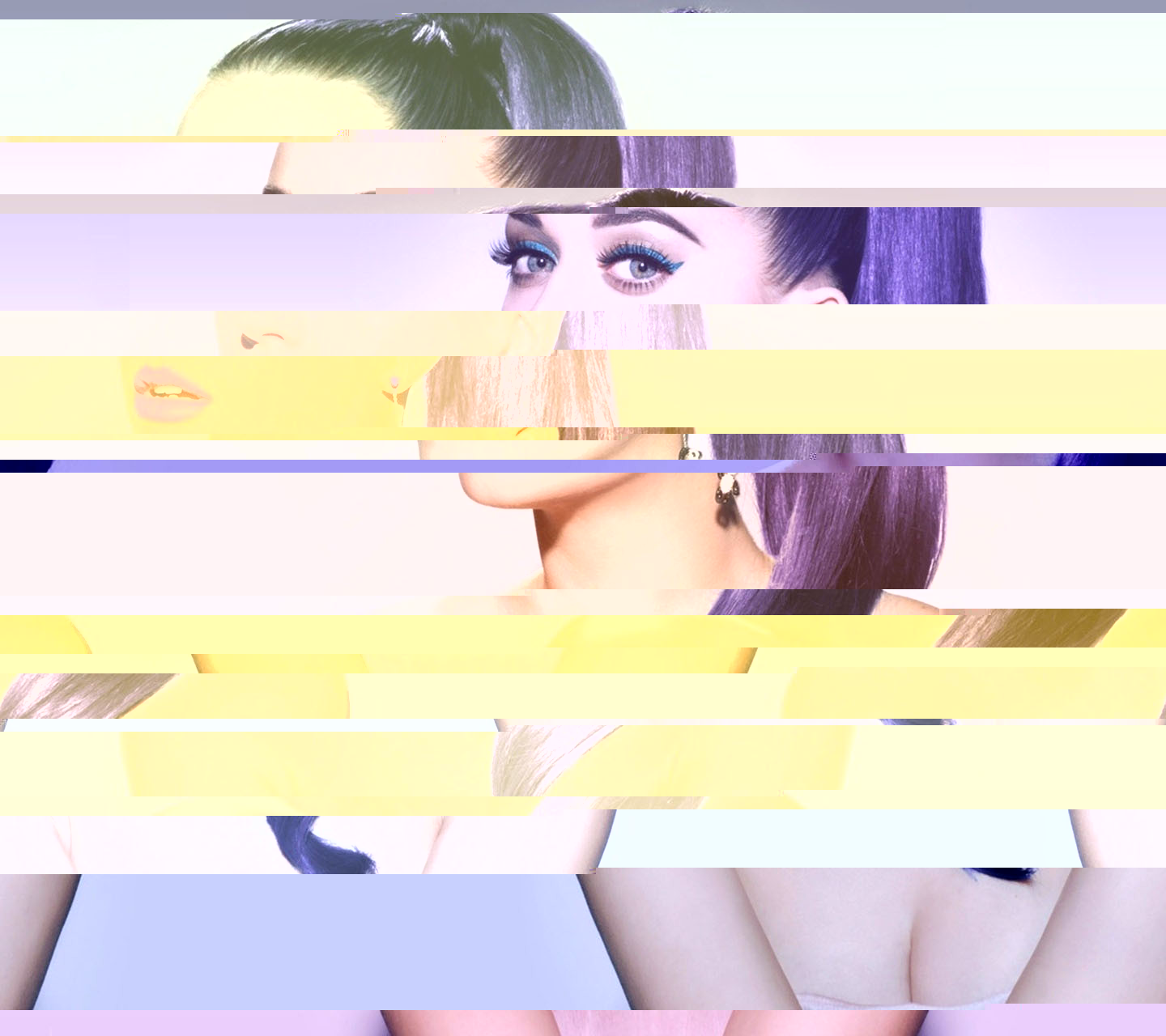 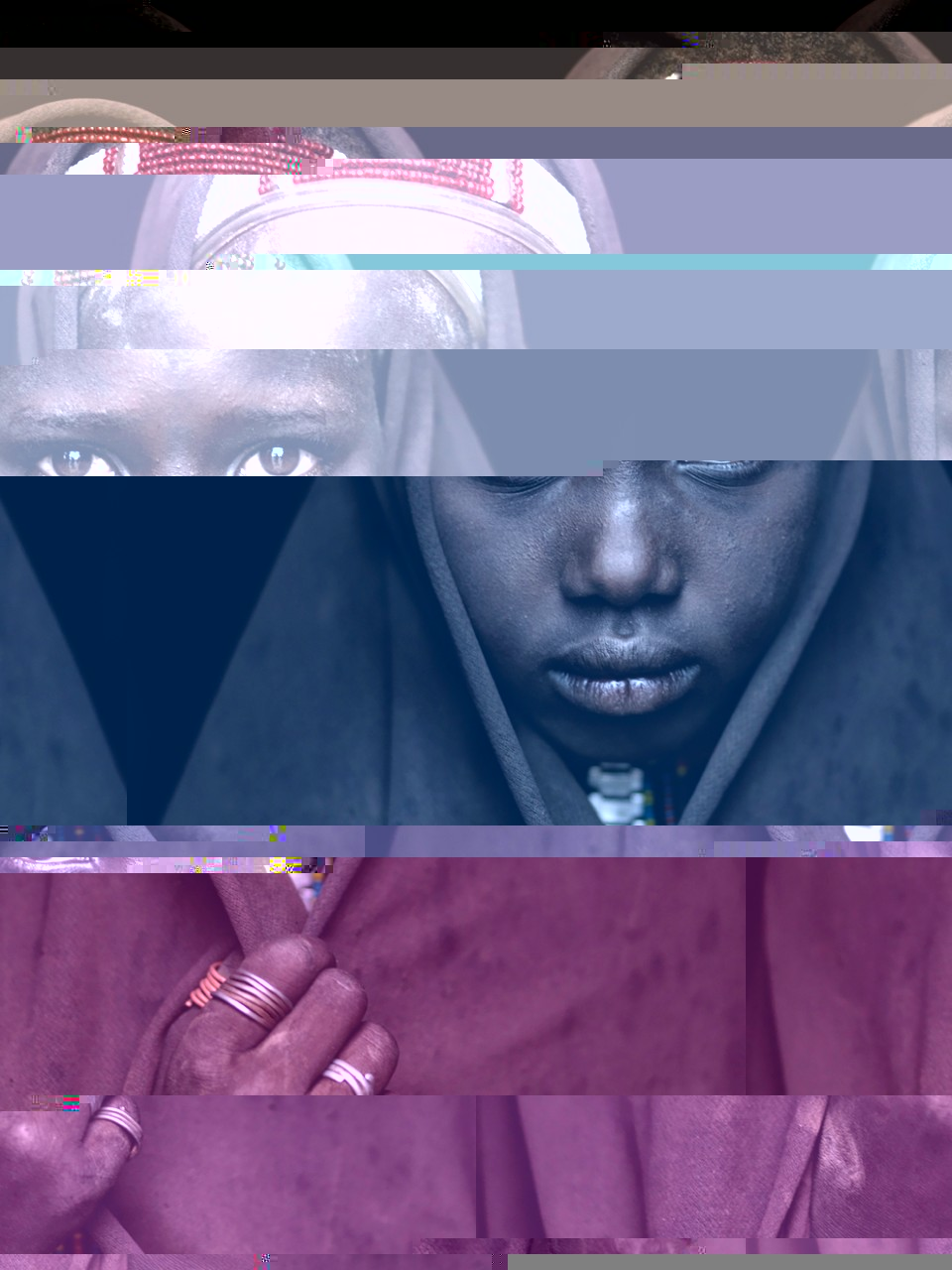 Prior to investing in a program to create vector images, I initially started drawing in powerpoint. The following are collections from this time. 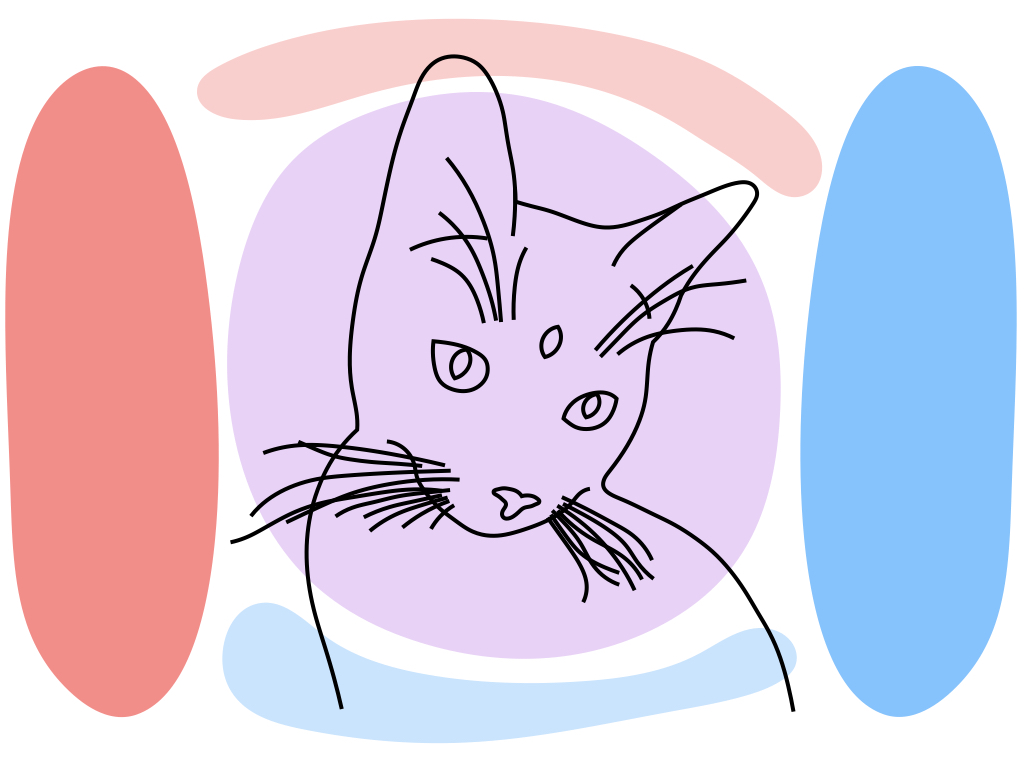 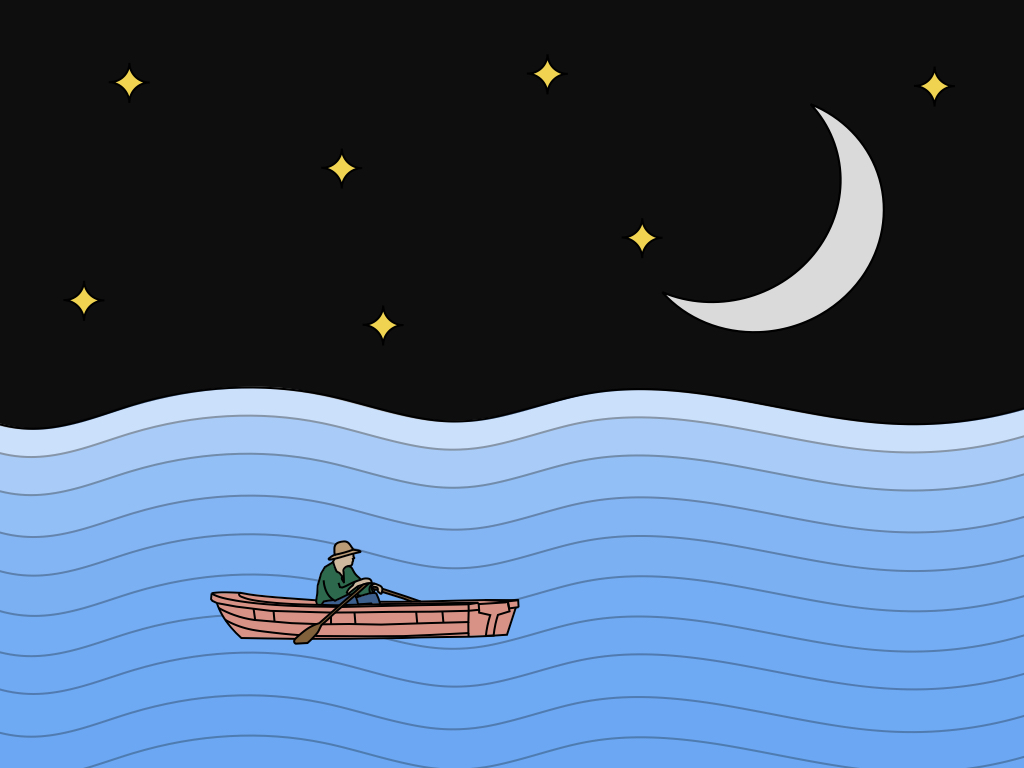 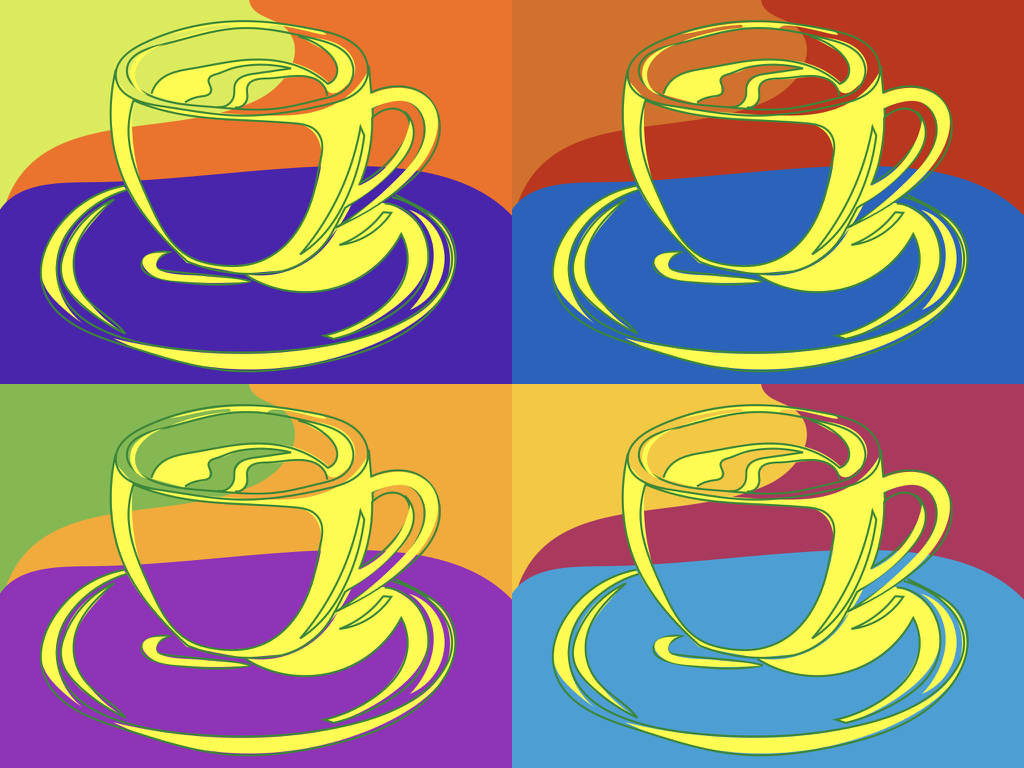 To raise awareness of critically endangered animals, I have drawn their minimalist outline with dots in the background depicting the decrease in population size. More specifically, each dot represents one year. 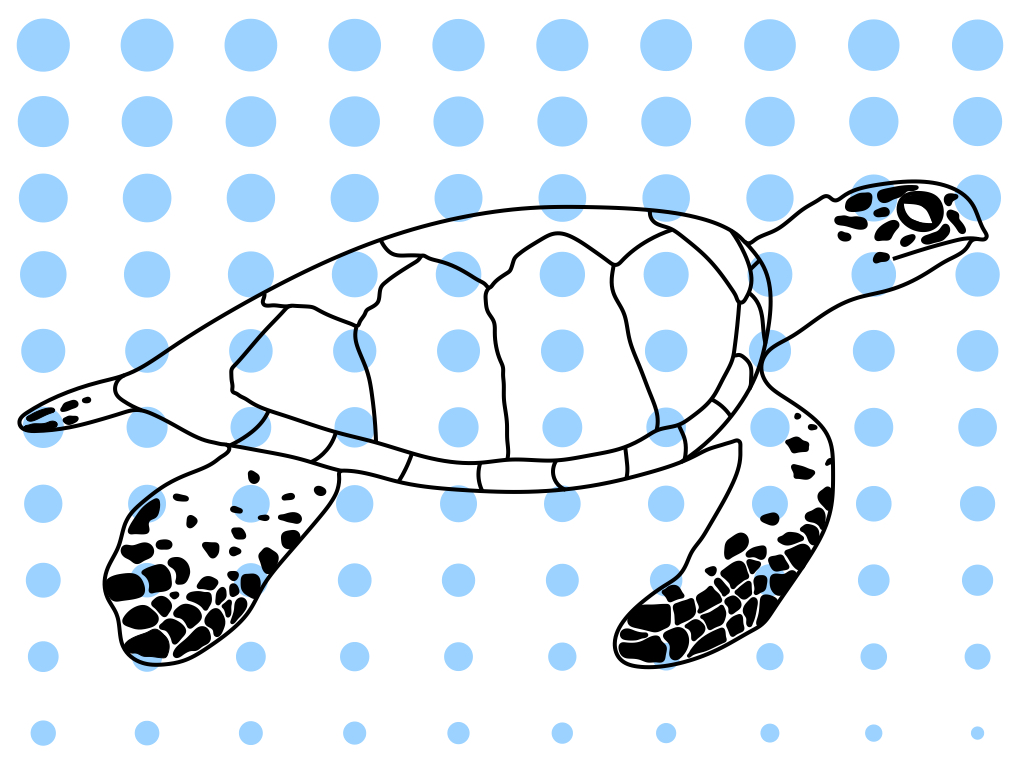 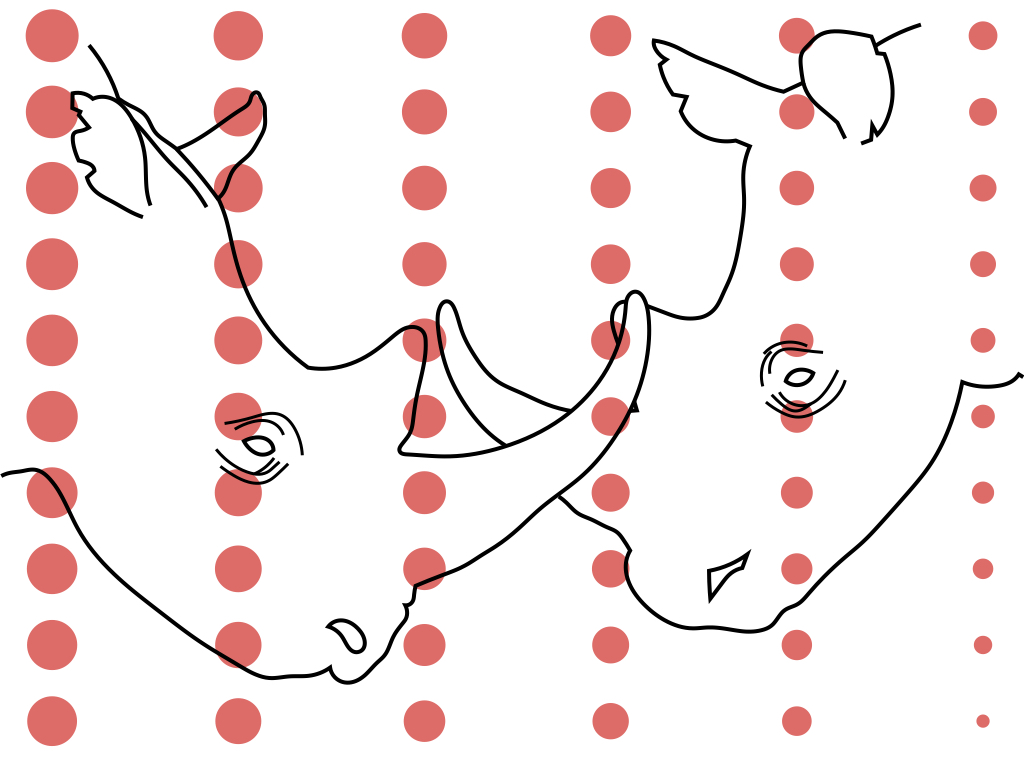 After seeing a twitter post (I sadly cannot find it again!) that showcased posters of scientific research labs and their area of study, I decided to make some of my own for the lab of my PhD advisor, Antonis Rokas. The Rokas lab studies factors that influence phylogenetics (left), evolutionary and functional genomics of yeasts and molds (middle), and the evolution of human pregnancy (right). 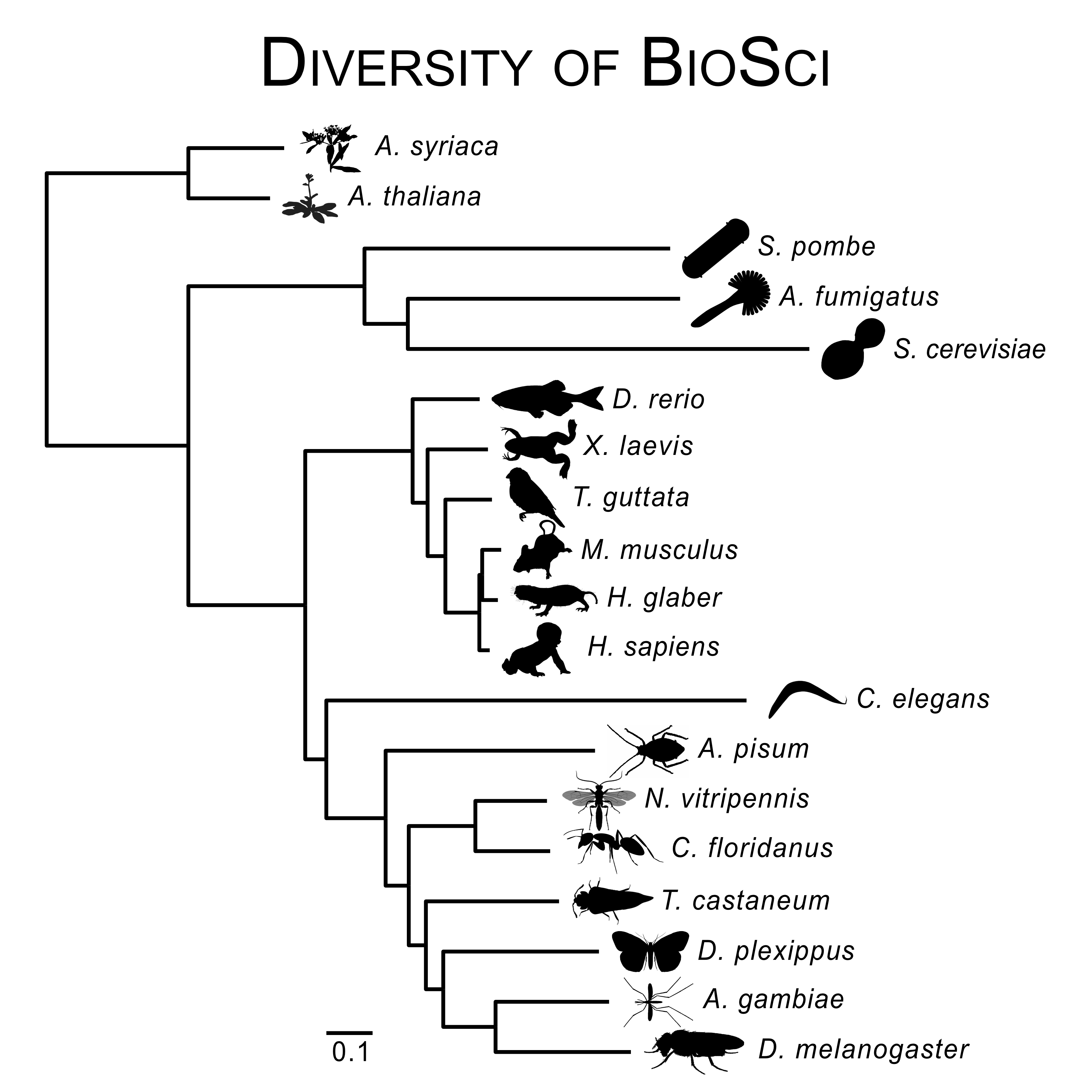 As part of my thesis work, I have developed computational tools that help researchers analyze or parse their data. The logo for an alignment trimming software (left) and a phylogenetic tree pruner (right) are shown here. 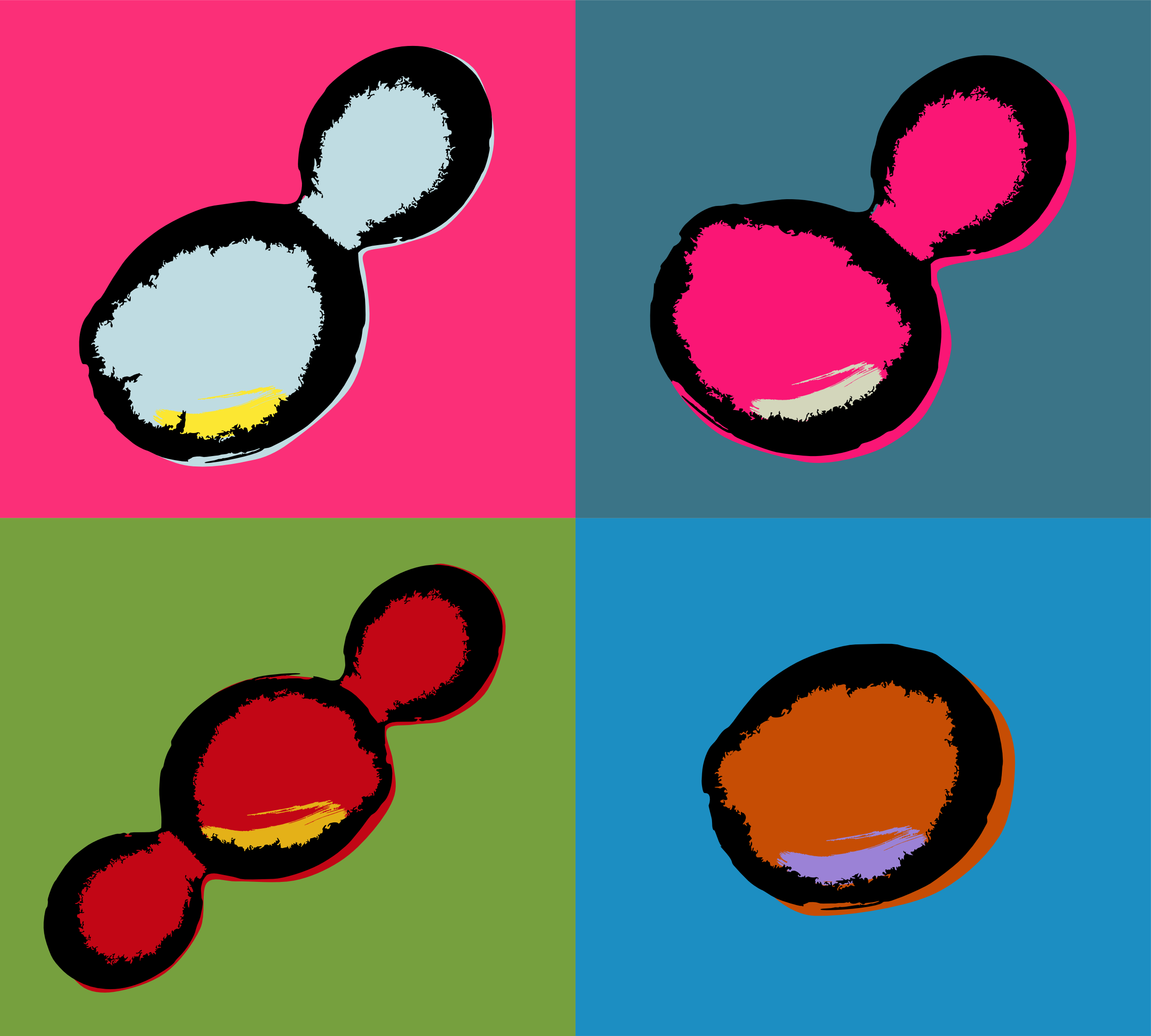 A portrait of budding yeasts 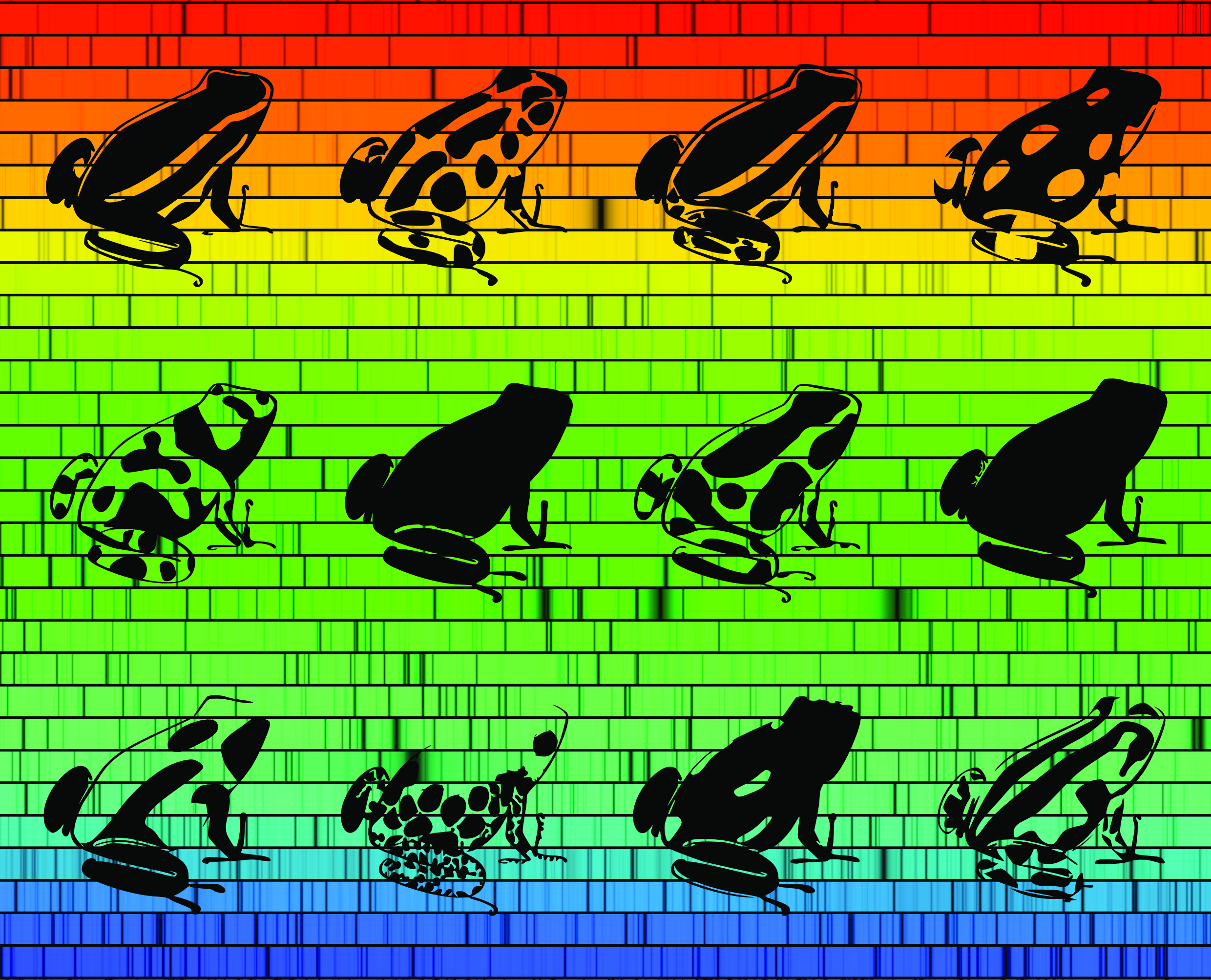 An ode to frogs killed by chytrids 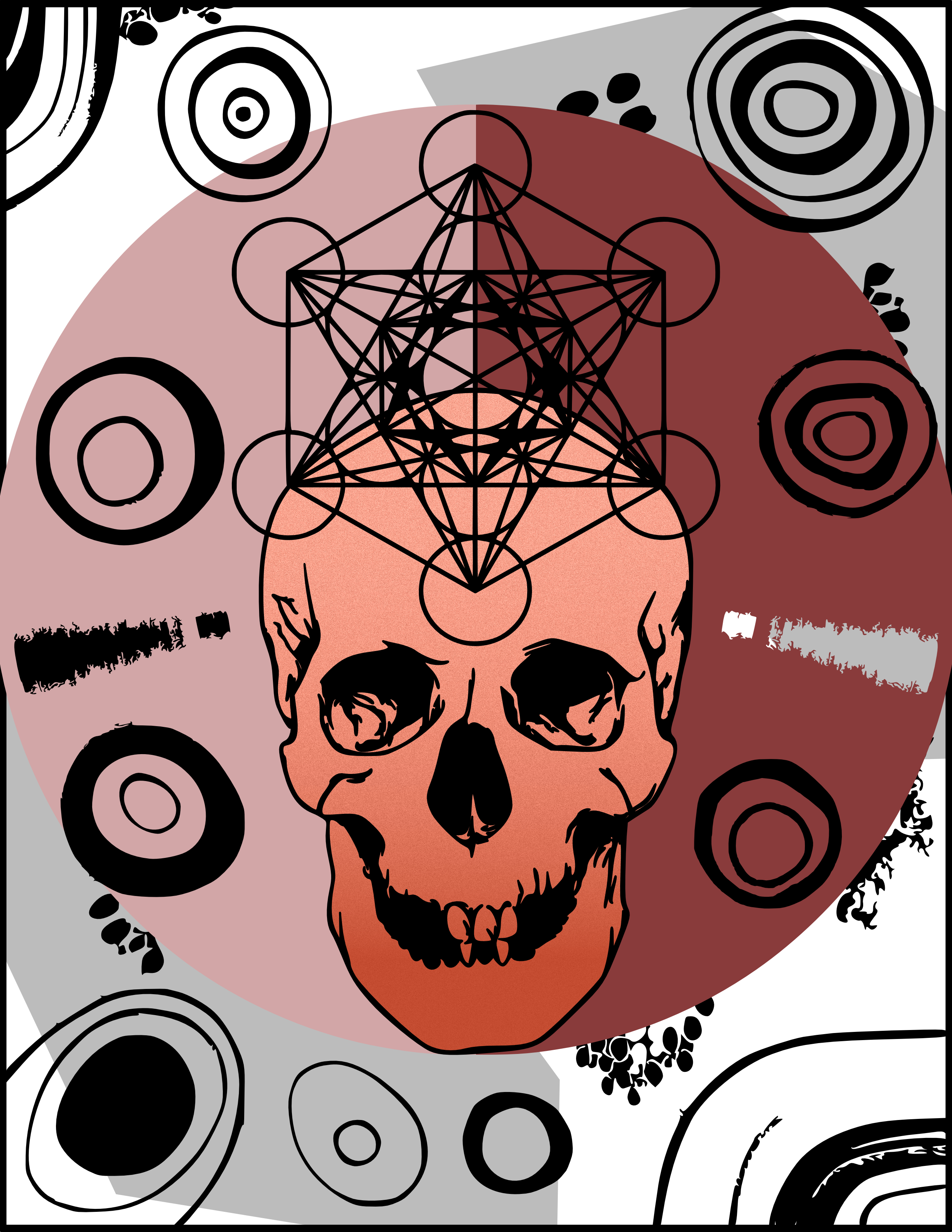 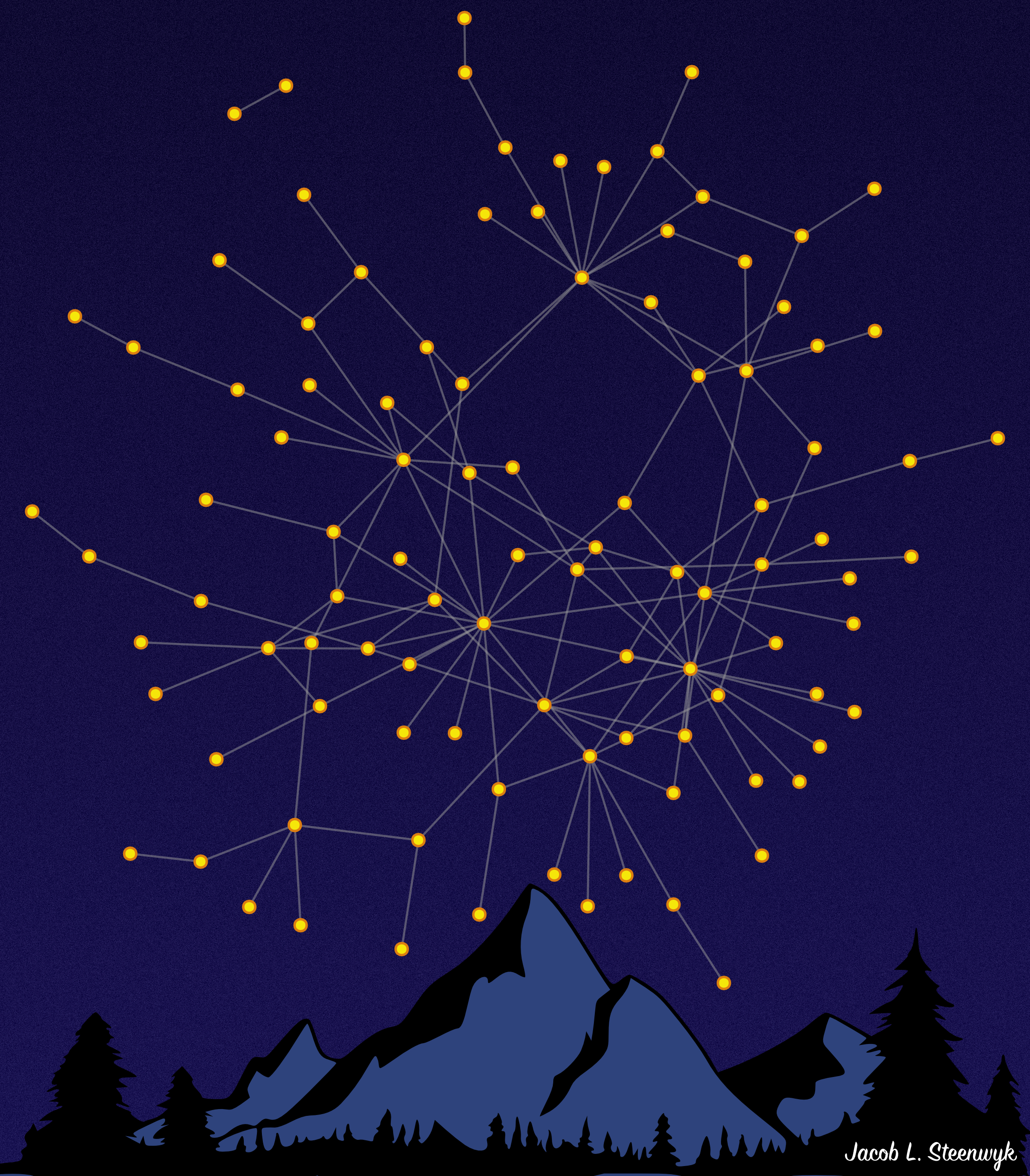 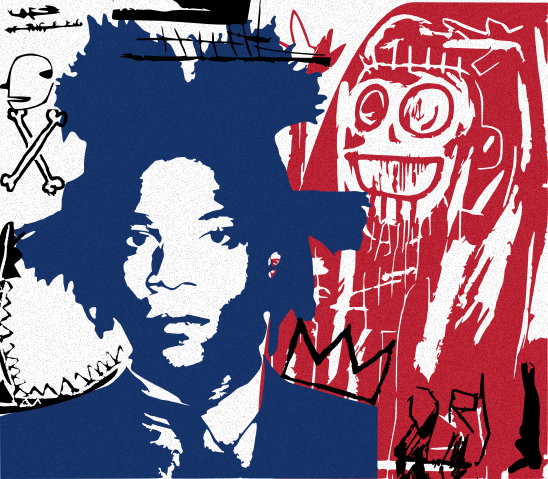 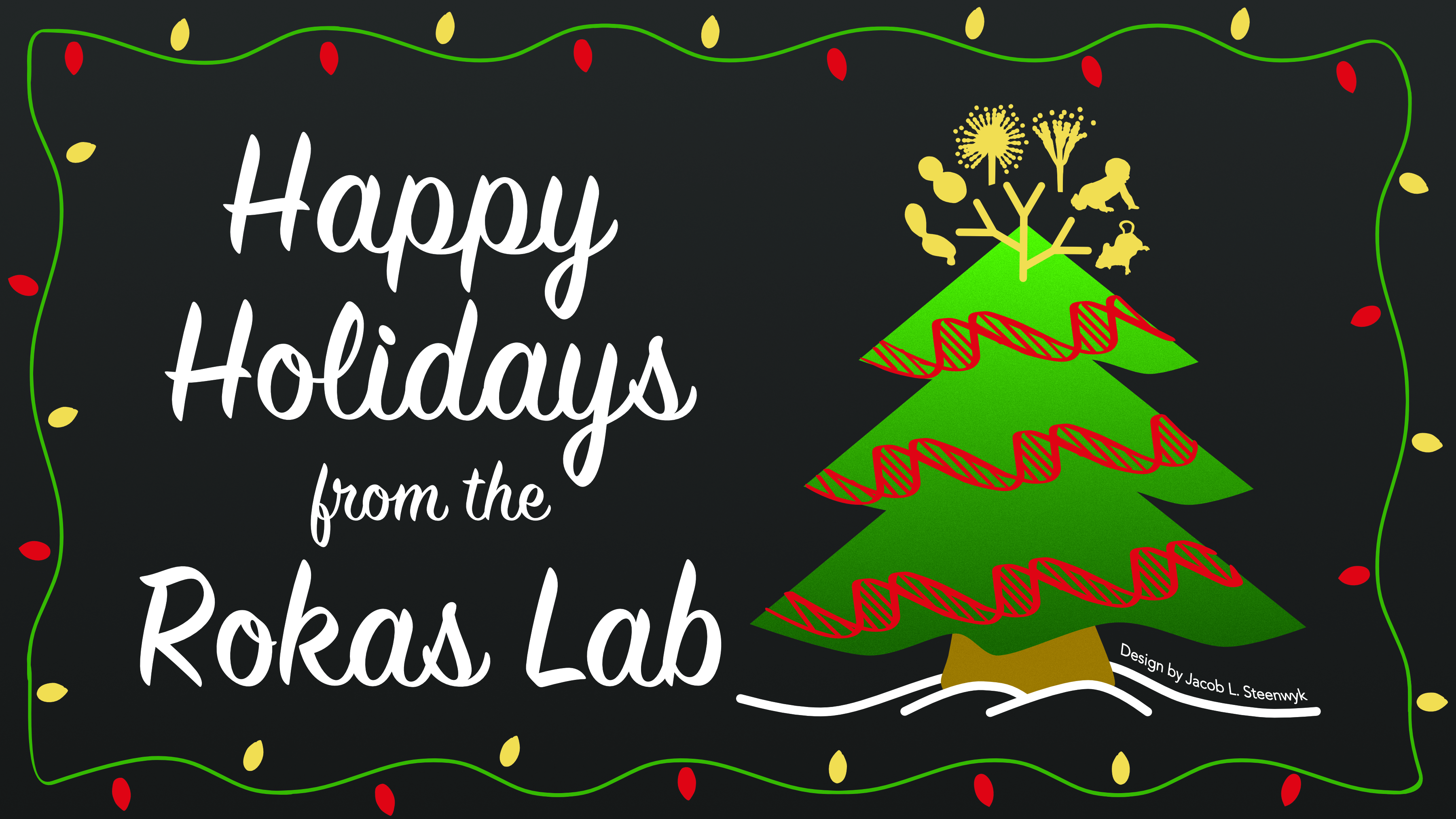